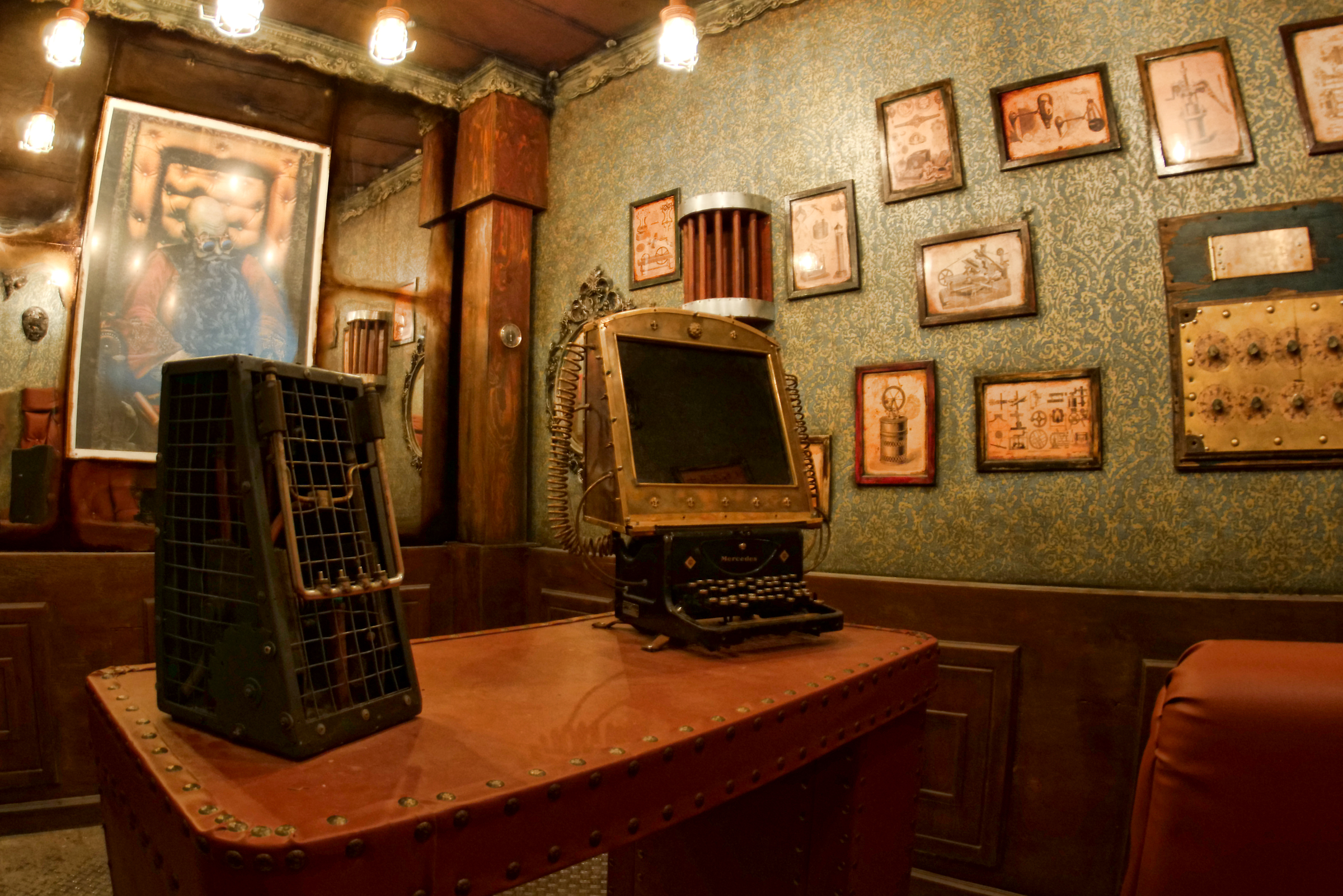 Escape from the evil Puppeteer

A parallel steampunk universe takes you to another time, a time when a Puppeteer had a big dream. Day and night he worked on the perfect plan to make his puppet theatre more successful and to earn his daily bread with it. For a long time he wasn’t very lucky, until one day he found a puppet that was able to speak. They got along very well and together they conquered the world with their increasingly famous shows. The Puppet Master was happier than he had ever hoped for.
But one morning the puppet had disappeared without a trace and with it all the belongings of the Puppeteer.
After miserable attempts to rebuild such a puppet, he finally became so furious that he made a terrible plan. In the future, real people should bring his theatre to life.
The first big performance is supposed to start in one hour and the audience is already taking their seats. Strangely, the first group to enter the theatre has not been seen since they arrived…