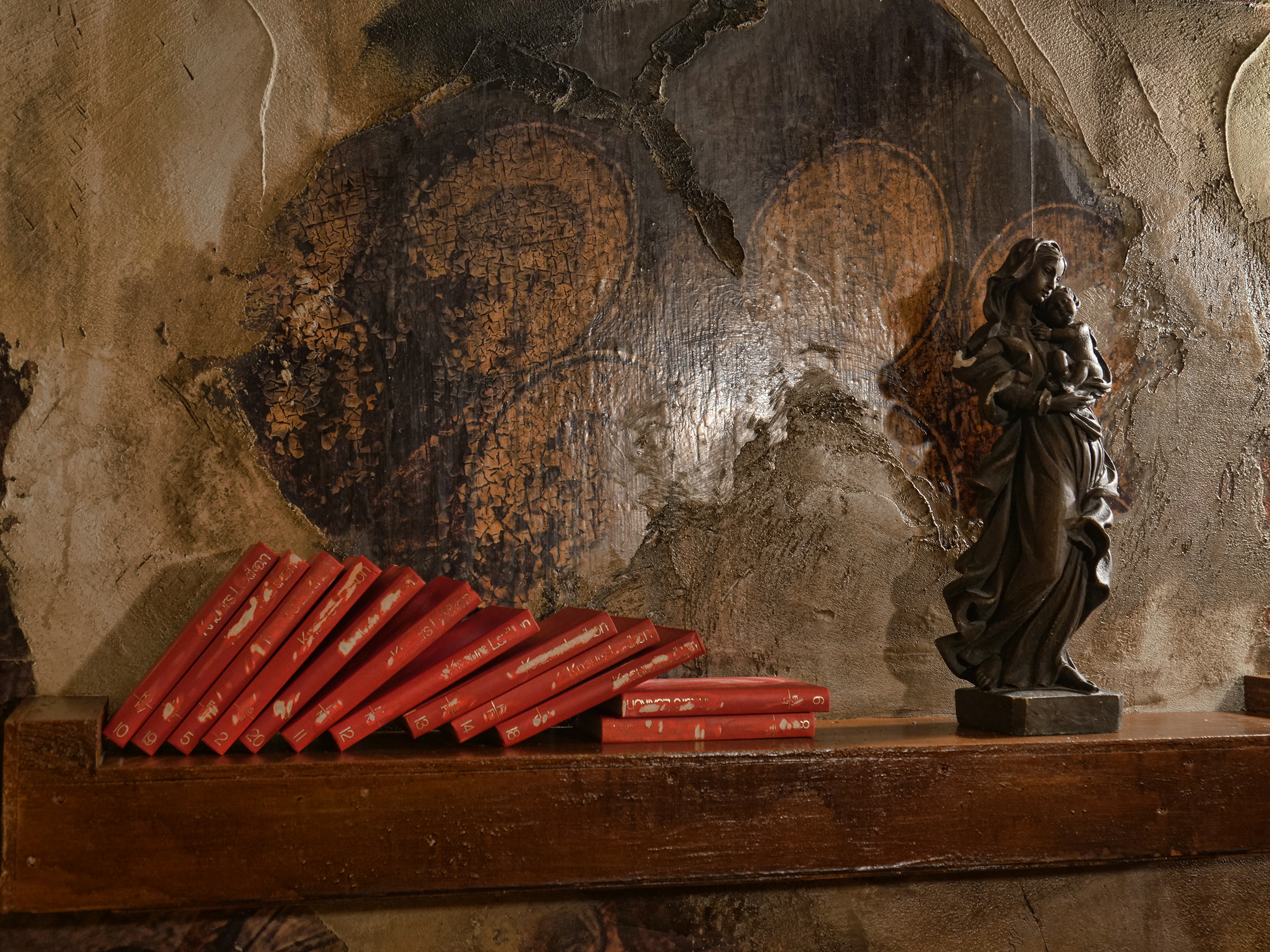 Secret of the Dead Monks

The Mystery of the Monks – Italy in the Middle Ages

The Middle Ages hold many dark secrets, like the mysterious deaths of four monks. They were found dead in their abbey, without any trace of the perpetrator. In order to present the people with some scapegoats as quickly as possible, innocent women were condemned as witches and burned, and the next best monks were cruelly tortured. But no one actually tried to find out what really happened.
However, the strange black spots on the tongues and fingertips of the four dead just won’t let you rest. Secret investigations have led you to the highest tower of the monastery – a part of the library that is not accessible to everyone. When the old librarian leaves the mysterious rooms for a one-hour session, you take your chance…
Can you find the last traces of the murderer here?